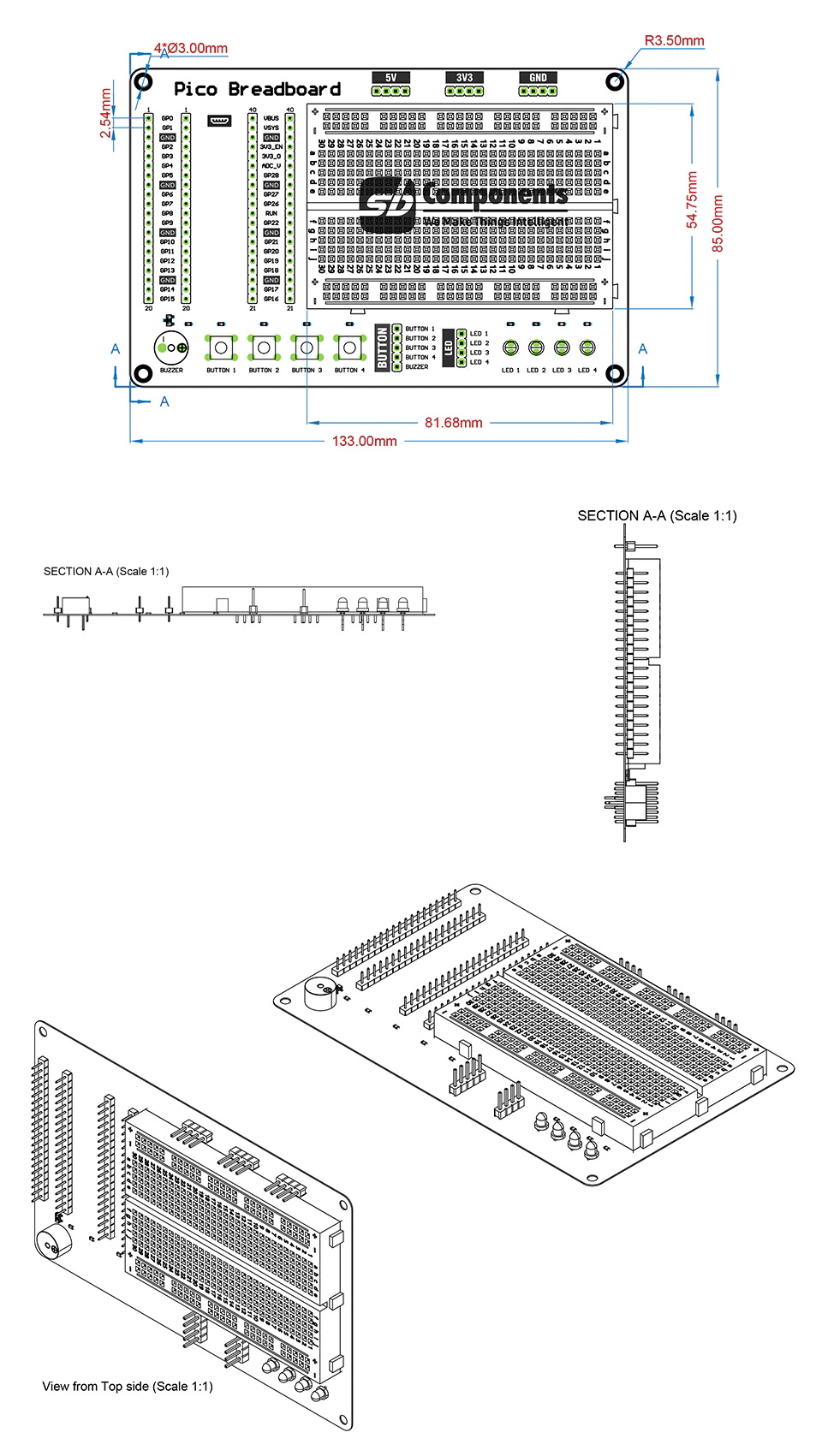 $19.95
This kit is for making your own breadboard-friendly very low dropout adjustable power supply. A good power supply is essential to electronic projects. While there are many existing designs for...
Add to Cart

$8.45
This economy breadboard wiring kit contains 140 pcs of cut and preformed jumper wires in a plastic reusable storage box. These wiring kits are ideal for use with any breadboard. Each jumper has...
Add to Cart

$14.95
Raspberry Pi Pico Essentials Kit - With Pre-Soldered Headers Start tinkering with one of the most budget friendly micro-controller! With its powerful performance, reasonable price, and comprehensive...
Choose Options